In 1989, January 11th, the “DIVER S” Company has been founded on the basis of the underwater repairs service that was a part of the JSC “TRANSAMMIAK” (Togliatti-Odessa main ammonia pipeline) and our main target was to carry out underwater engineering or commercial diving works of any type. The energetic adaptation of the latest industrial innovations in the sphere of underwater technical & survey intervention and the application of the equipment of the leading world manufacturers, outfit and equipment enabled our Company to carry out the most complex works. 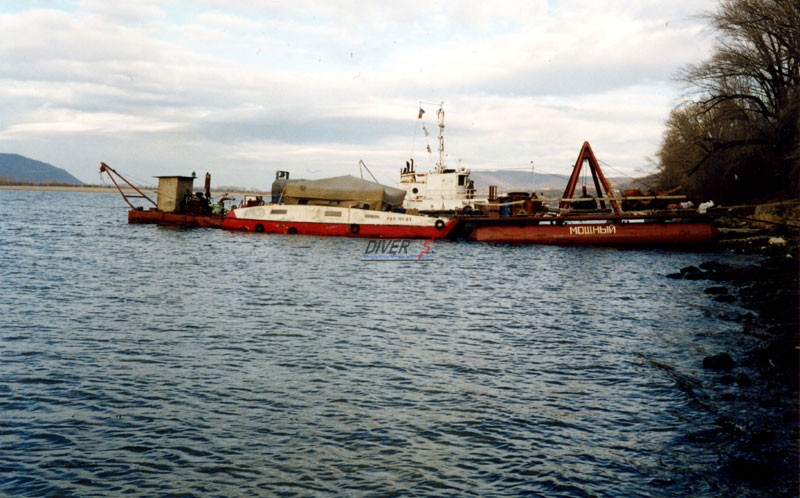 Our caravan after the end of repair of the underwater oil pipeline (the dredge, a catamaran, pontoon raft for mounting of a coffer, the Altai motor ship). (c) “DIVER S”

In the year 1990 we began to use hot-water diving suits and that was why the time of the diver’s work in the ice-cold water increased up to 4 hours.

In 1991 the first photographs of the underwater parts of sub-sea were taken.

In 1992 the echo sound scanning of the sea and river floor was adopted and introduced into our practical work. 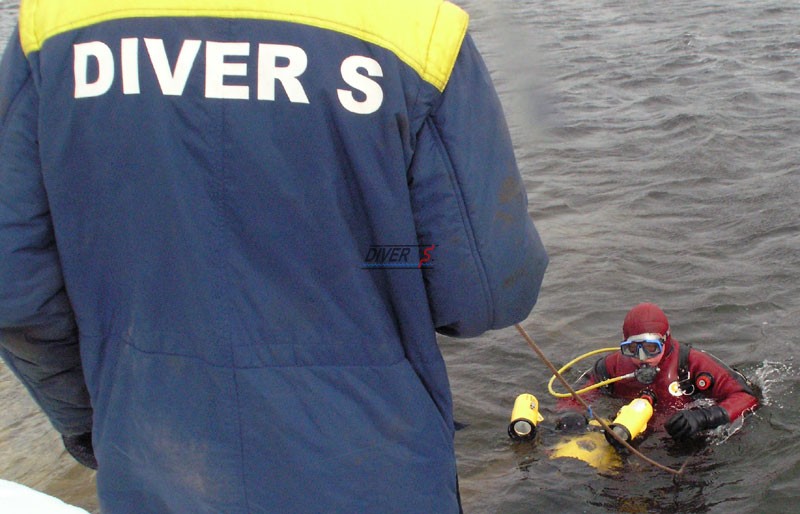 In 1993 our Company incorporated the underwater cable black-and-white television survey so that the Customers could see with their own eyes the actual state and condition of their underwater installations.

In 1995 underwater color video survey and shooting were introduced and fully adopted.

In 1997 we designed and put into practice the underwater supersonic multi-echo method of metal thickness developed for different constructions and that helped us measure metal thickness of pipeline walls, stop logs, ship bodies etc. 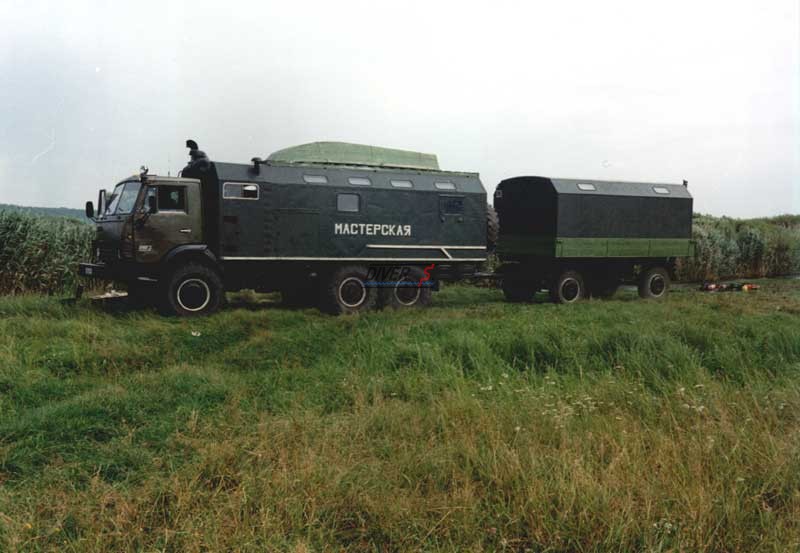 The diving station on the KAMAZ autochassis. (c) “DIVER S”

In 1998 the underwater ultrasonic flaw detection device for pipeline weld seam control was introduced and adopted in our operational practice.

In 1999 our Company specialists incorporated the sea bottom survey method using satellite position system that was put into our practical work.

In the year 2000 our Company specialists carried out the repairs of the main oil pipeline under the water without surfacing the defective part.  For the first time in the history of the underwater commercial activities and pipeline transport works a part of 530mm diameter pipe that had a factory defect of the longitudinal weld seam was replaced on the main oil pipeline at 18m depth under the water in a caisson. 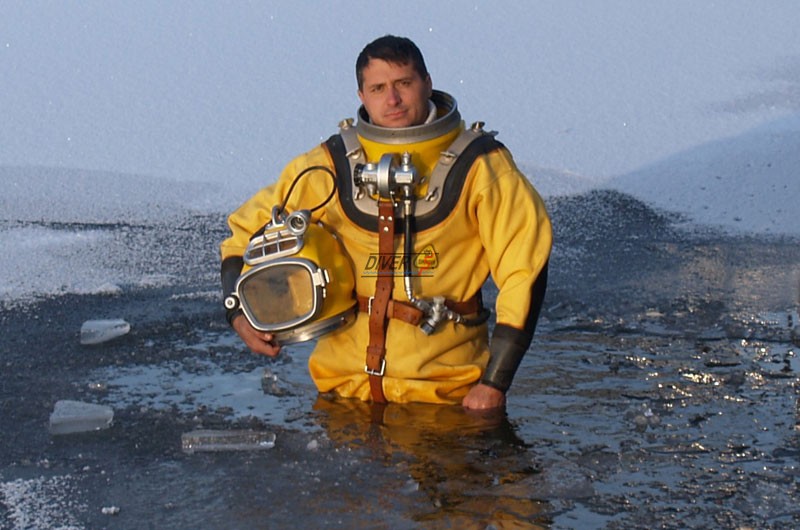 In 2002 it was the first case in Russia that on the Kuibyshev-Bryansk underwater crossing of the oil main pipe-line of JSC “YUGO-ZAPAD TRANSNEFTEPRODUCT”, at 18-m depth without surfacing, a 11,6m long part of the pipeline that had 4 factory defects of longitudinal weld seam was replaced. Those welding operations were accomplished in 2 caisson mounted on the pipeline.

In 2003 underwater hydrographic survey method of the riverbed area was introduced with the help of “GARMIN” (USA) equipment.

In 2004 for underwater rocky trench work we adapted and employed the underwater hydraulic hammer of “STANLEY” firm (USA). 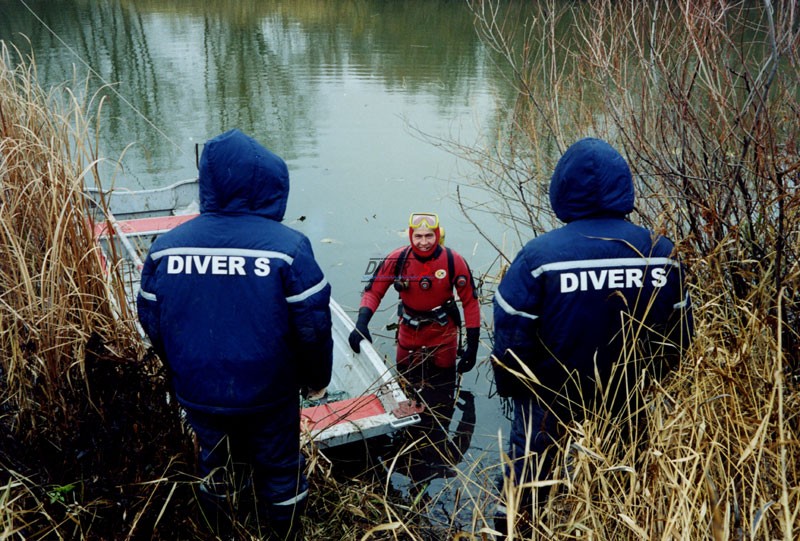 In 2005 when installing the protection equipment on the water intake pumping station of Bezymyanskaya Heat-electric plant to drill a concrete plate under the water we used underwater hydraulic perforators of “STANLEY” firm (USA).

In 2006 we have introduced two mobile diving containers that can be transported by AH-12 to any destination worldwide. 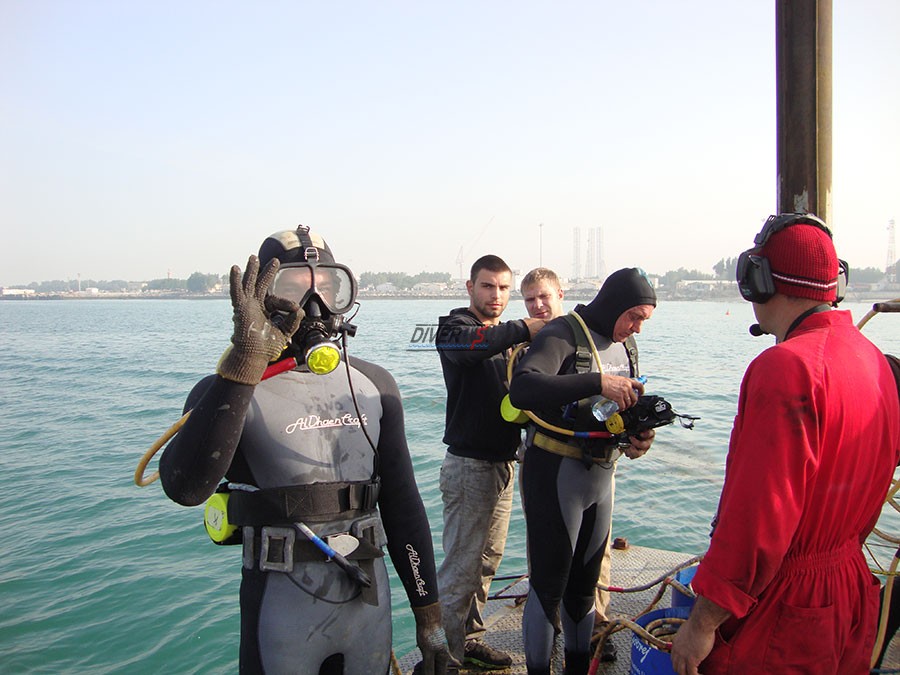 In 2008 we entered the international market of marine hydrographic seabed survey (Kingdom of Bahrain).

In 2009 we entered the international market of hydraulic structures construction (Republic of Singapore).

In 2010 we adopted and implemented the technology of anchoring of underwater foundations with the use of Manta Ray Anchoring Systems. 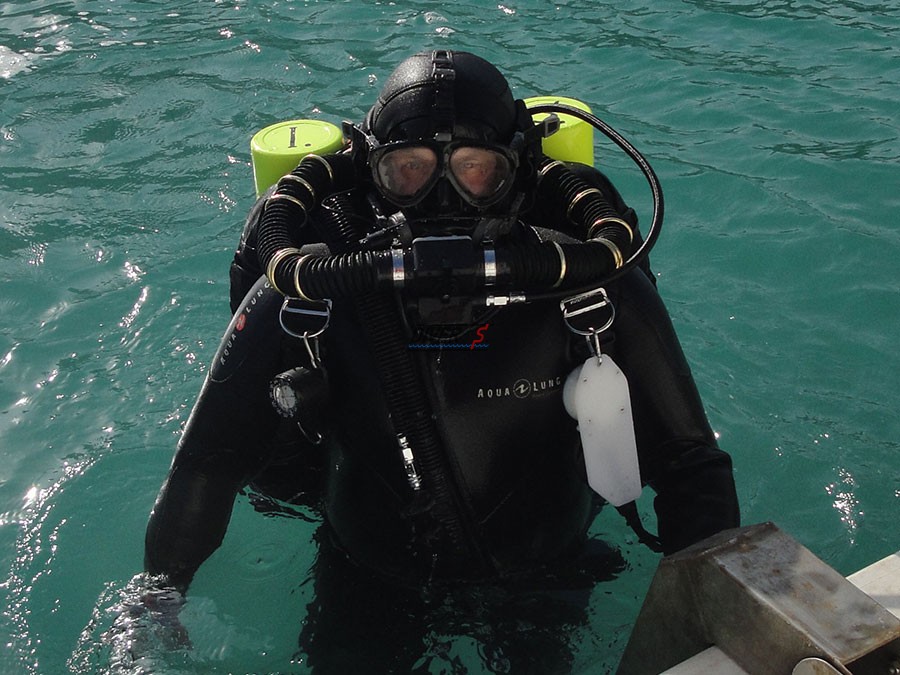 Rebreather gives the chance is under water till 8 o’clock. (c) “DIVER S”

In 2011 we adopted and implemented the technology of trenchless laying of submarine cables in soft ground using cable burial machines.

In 2012 we adopted and implemented the technology of marine surveys using underwater Remote Operated Vehicles (ROV).

In 2013 we adopted and implemented the technology of trenchless laying of submarine cables in hard rocky ground using cable burial machines. 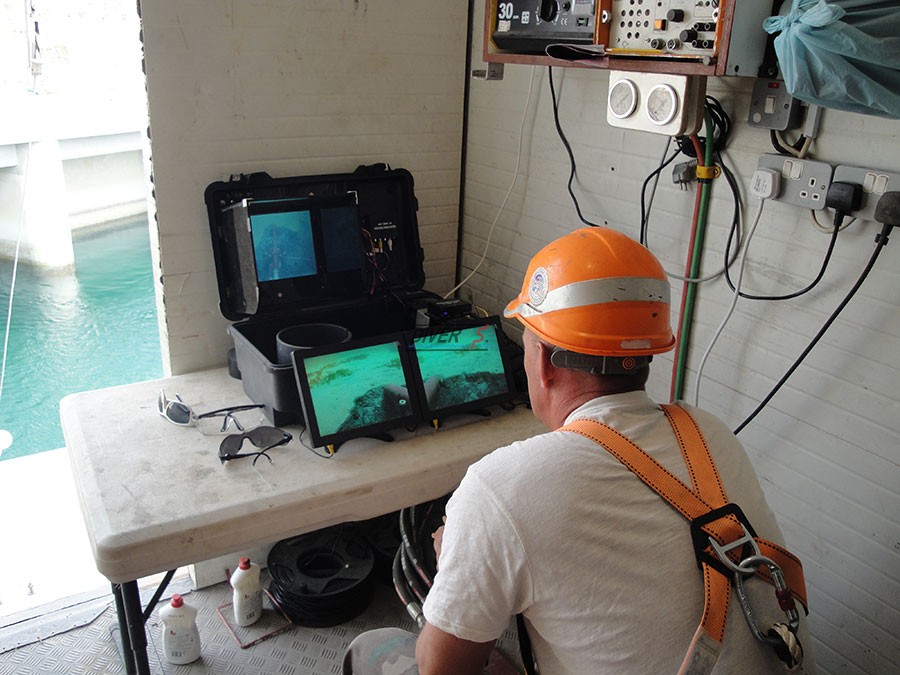 In 2014 we adopted and implemented the technology of dredging and disposal of seabed ground with the use of Remote Operated Vehicles (ROV).

In 2015 we adopted and implemented the technology of hydrographic seabed surveys with the use of HYPACK MAX software. 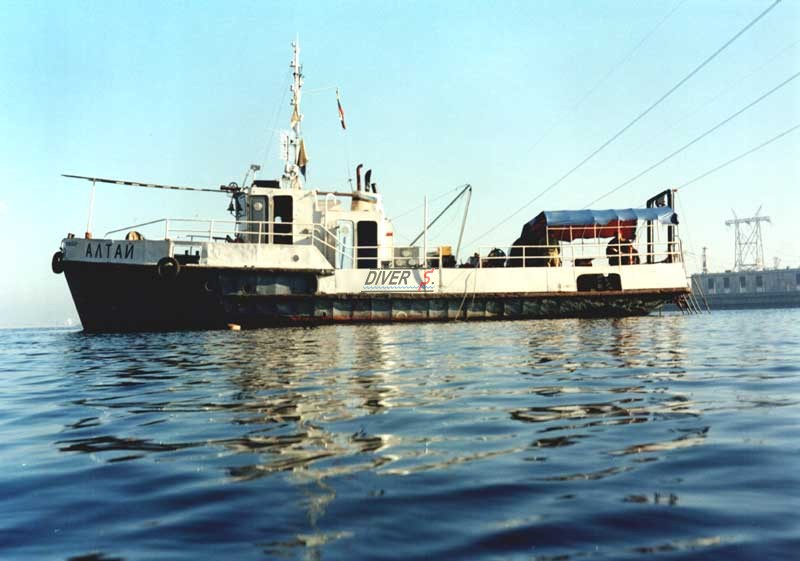 High quality is guaranteed for all the works that we always fulfill in the shortest possible time.

Our underwater commercial works of all types that we perform are always accompanied with the underwater photo-TV and video survey to give a chance for the Customers to see the whole work process hidden under the water with their own eyes.

Besides we carry out the works not only under the water but also in the various toxic acid-alkaline media at any time of the year and the day.

From the very beginning of our underwater commercial activities a log book for the Customers’ references and notes concerning the work that we accomplished has been kept and you can get acquainted with it if you wish.